‘Holon Civic Block’  integrates municipal offices, a music school,  co-working spaces and student housing serving as a mixed use complex that operates at both the scale of its individual buildings and as an urban block to foster a new civic dimension for Holon.

Context and connections: Holon is at an urban crossroad. The city is transitioning from a continuous, mid-rise fabric, to over-scaled housing developments, that  are unraveling the neighbourhood blocks. Our proposal engages this reality, introducing a new municipal block capable of bridging between Holons’ existing and future scaled developments. By operating at once at the scale of the  super-block, building and interstitial civic spaces, the project aims at heightening the density and intensity of uses on the site, through new programmatic and spatial relations.

Program and uses: The porous block erases any distinction between the projects’ ‘front’ or ‘back’. Municipal functions are situated on the northern edge of the block; short-to-mid term occupancy dormitories are located across existing residential buildings on the west, the auditorium and music school are located on the south across from the design museum, with offices located to the east.

The shared open and civic spaces promote formal and informal interactions and uses, inside and out. Residents coming to pay bills, enjoy a jazz session spilling out of the music school, a municipal employee grabs a bite to eat with a resident artist, a group of visitors to the museum catch a glimpse of a dance production on their way out…

Materials and ecological Logic:  Holon Municipal Blocks’ formal and material logic is designed to address hot, humid climate conditions. Natural ventilation and cooling is heightened by capturing east-west air circulation, while the spacing of the built volumes cast shade on the block’s interior to cool the open spaces.

A double skin infill system with perforated aluminum, bougainvillea and media projection screens ‘wrap’ the perimeter of the block creating shifting conditions responsive to changes in program, context and degrees of solar protection. 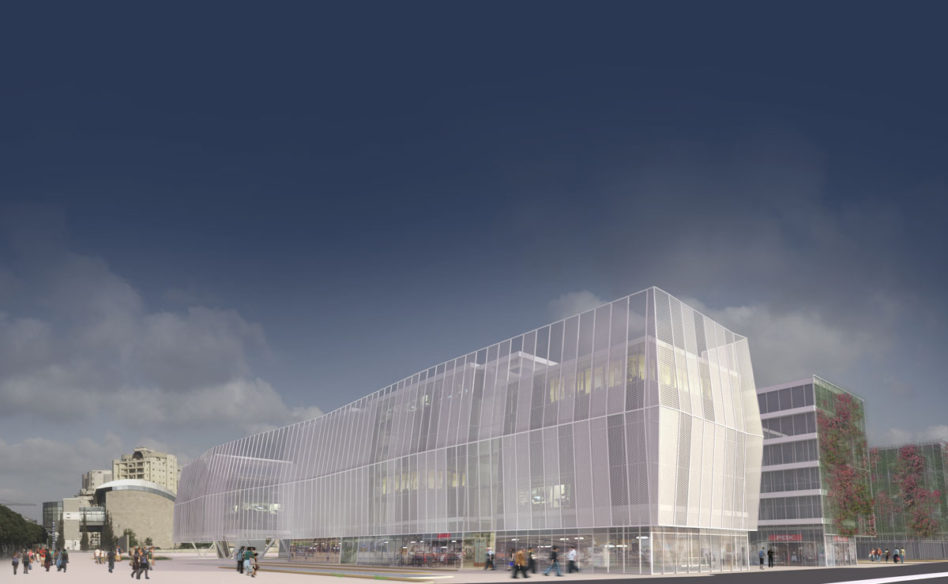 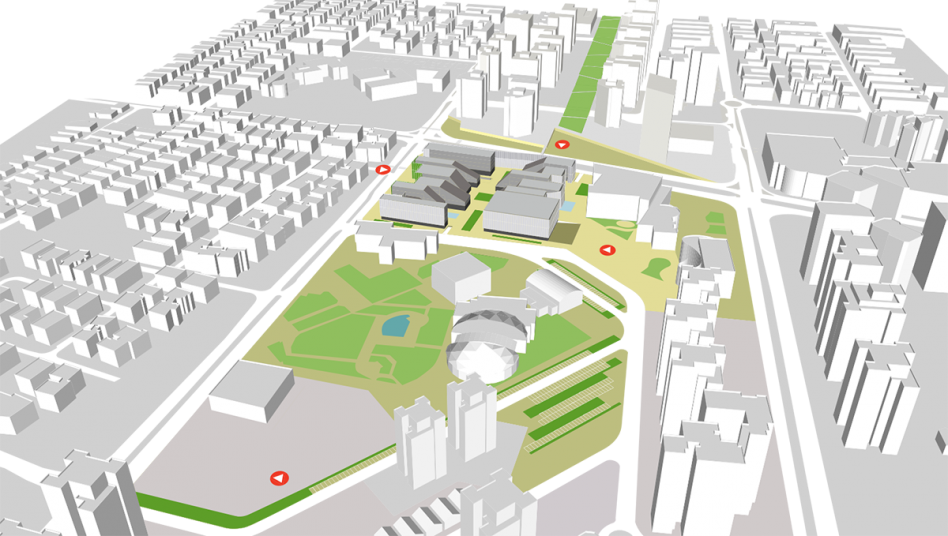 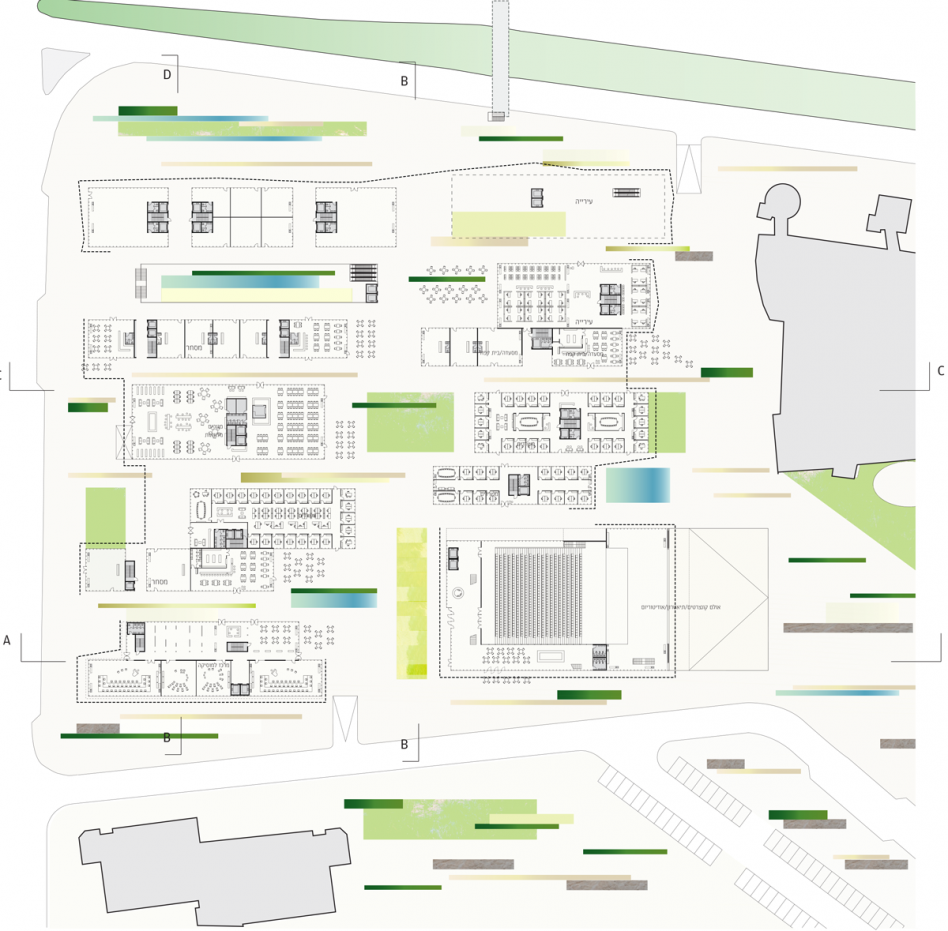 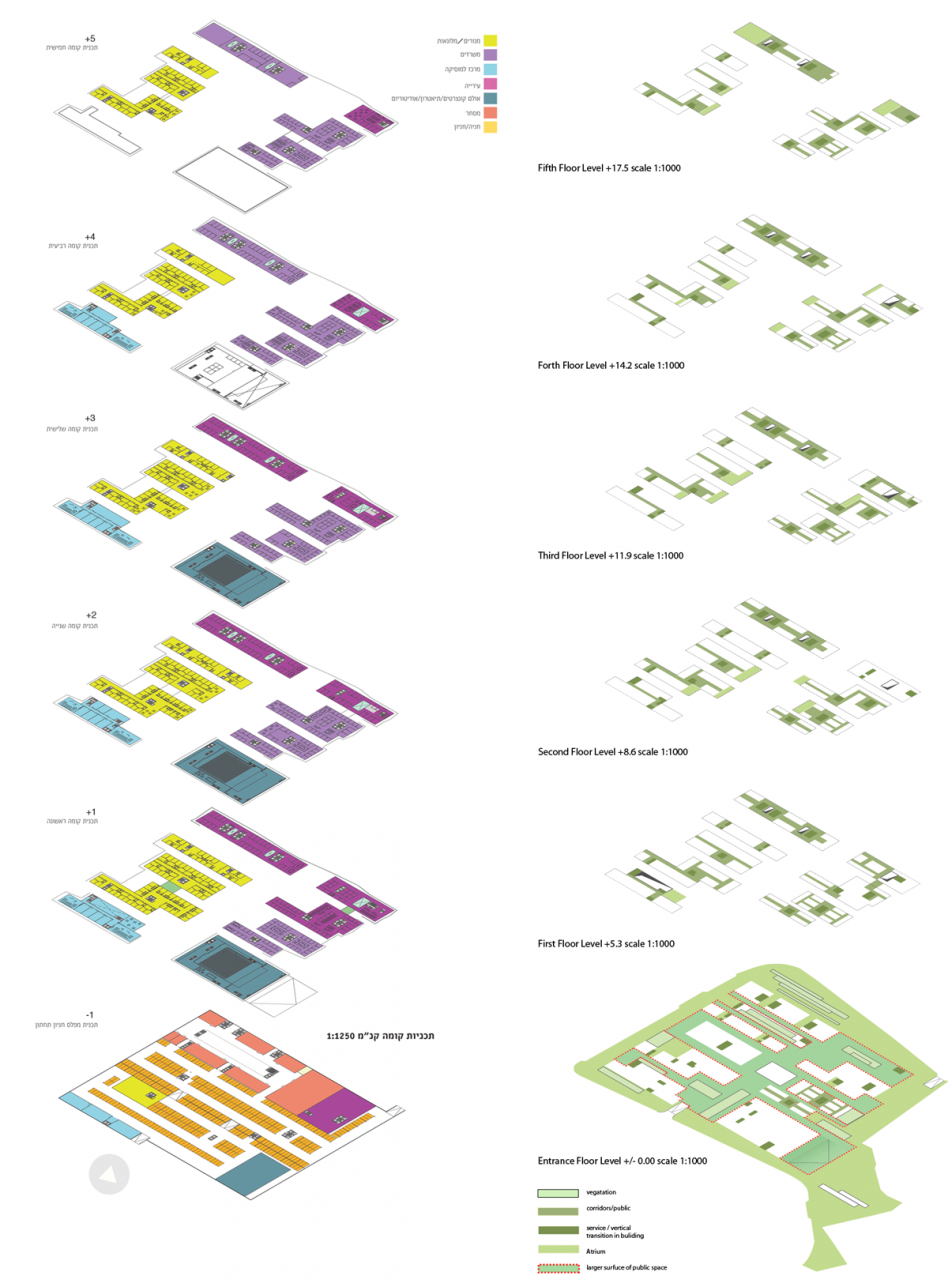 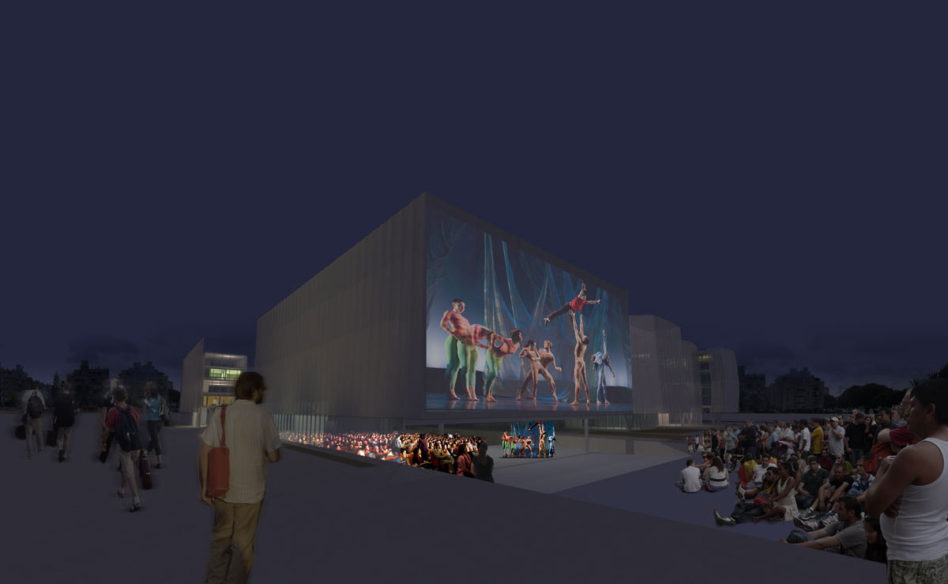 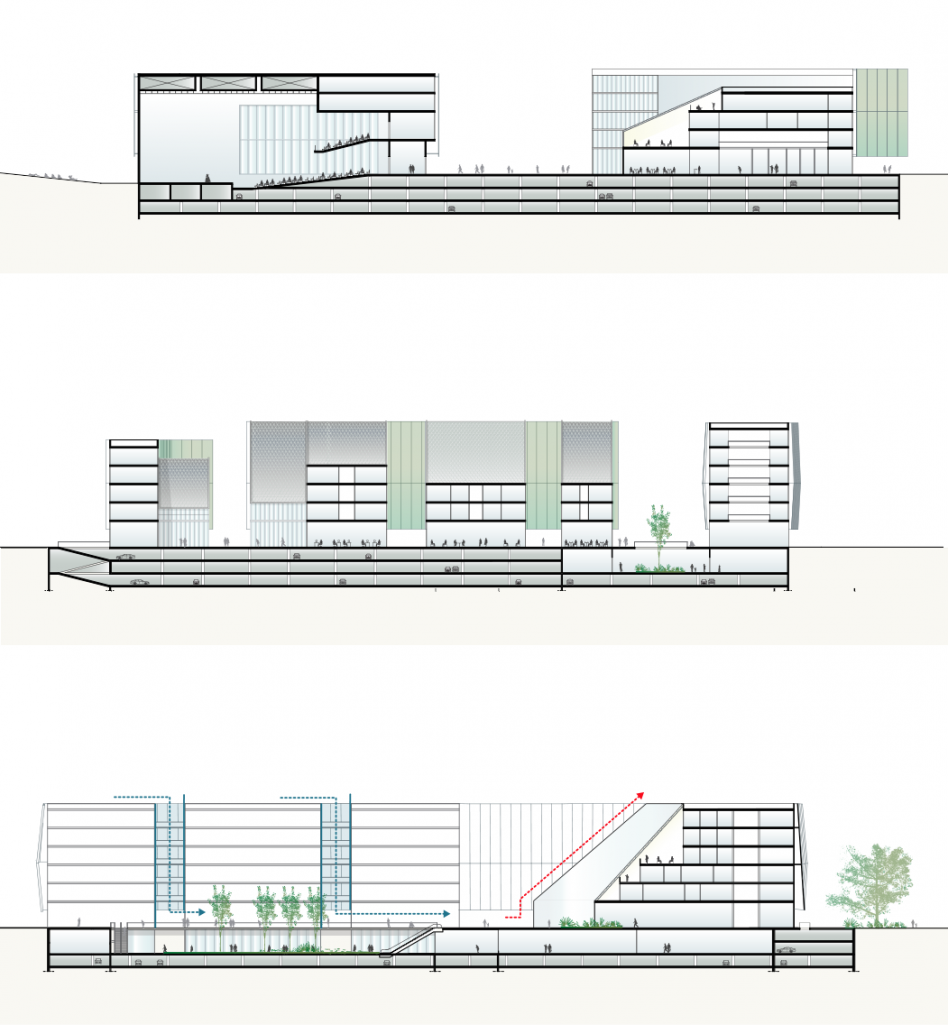 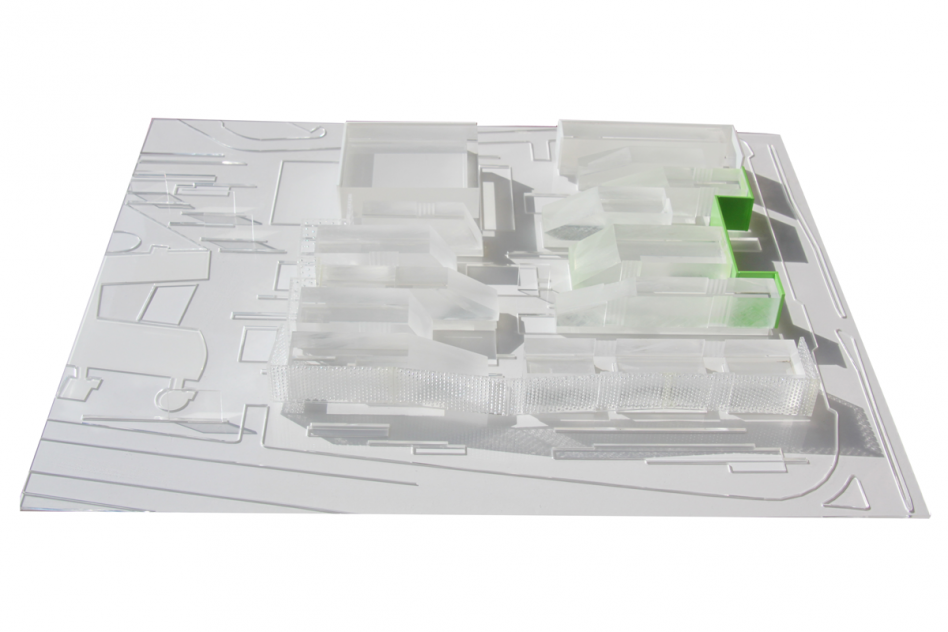 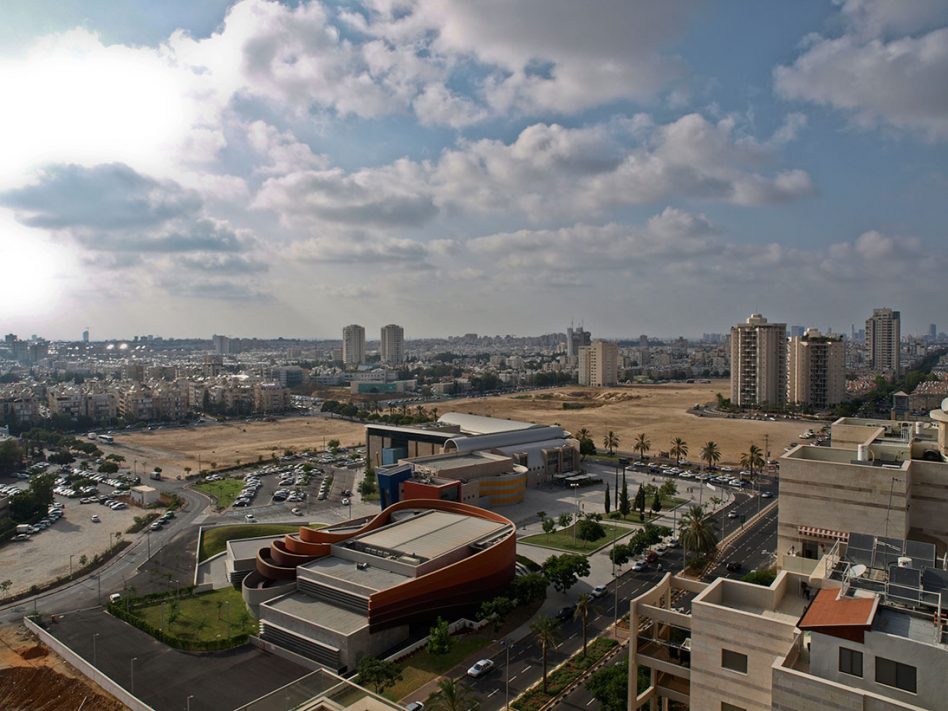