Sometimes, all its takes to revitalize a neighbourhood park is to look for the path of least resistance, capable of promoting foot traffic for new users. By connecting a series of civic amenities, using outdoor escalators across a 1.4 kilometer topography ‘Haifa City Jumpcuts’ does just that.

The new vertical transportation dramatically reduces the time it takes pedestrians to go up and down the steep hill, from 45 – to 15 minutes on average, making it possible for users to leverage the existing garden now seamlessly interconnected and accessible to a range of existing civic buildings, restaurants, commercial buildings and additional parks.

The project was proposed as a competition entry for the redesign of the ‘Memory Garden’ locate in Hadar Hacarmel. The site is currently derelict and under-used, cut off from the municipal law courts and Haifa’s lower city bellow, or the vibrant Masada cafes, restaurants, and science museum in Hadar HaCarmel, just up the hill.  Redressing the topographic disjunctions, the proposed system of ‘jumpcuts’ afford new spatial and programmatic relations that animate the site by interconnecting it with its surroundings.

Rebecca Sternberg, Einat Praegar
Back Next 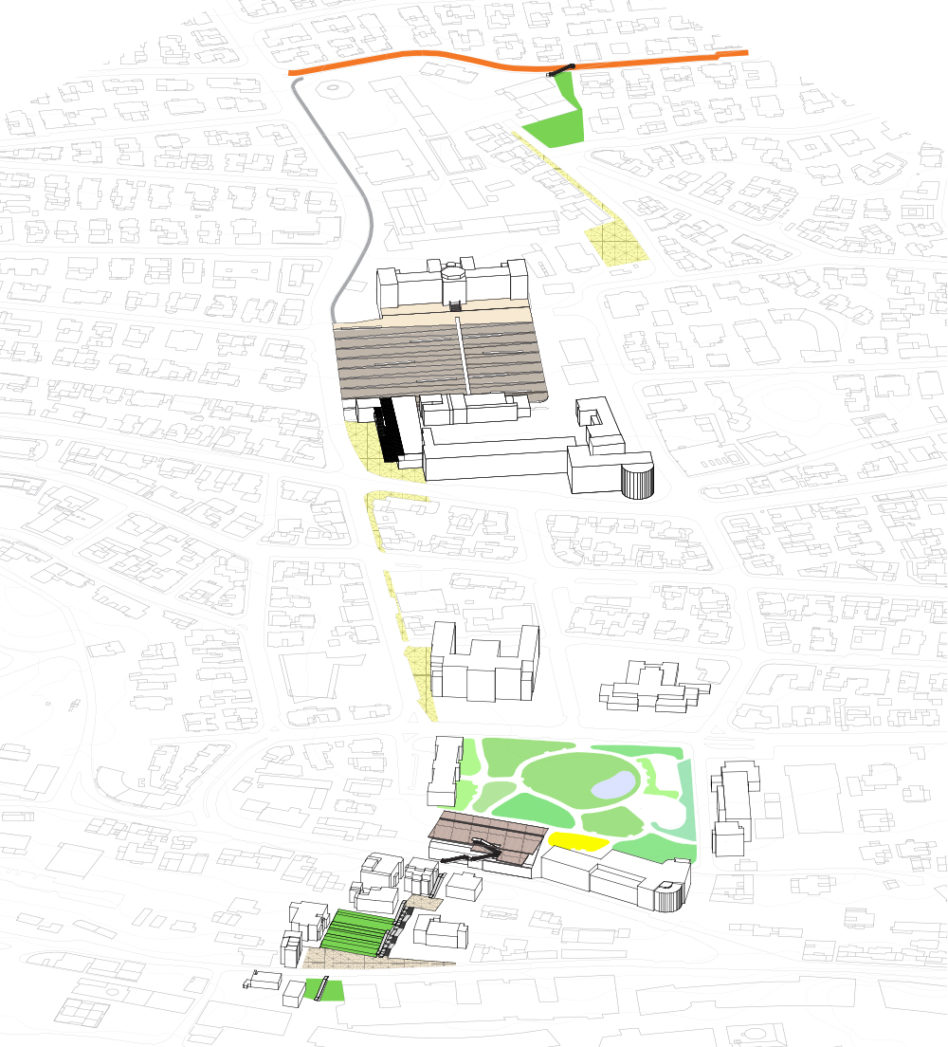 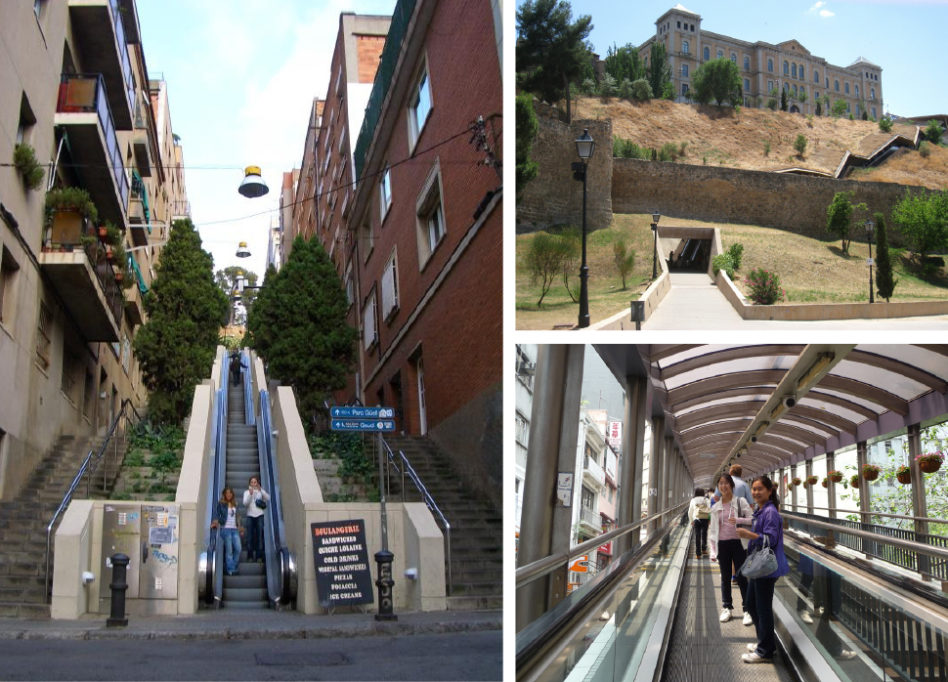 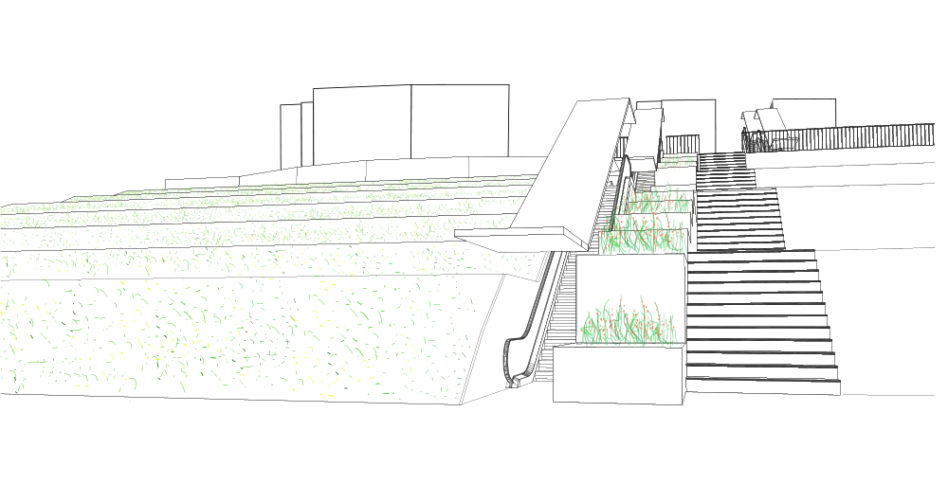 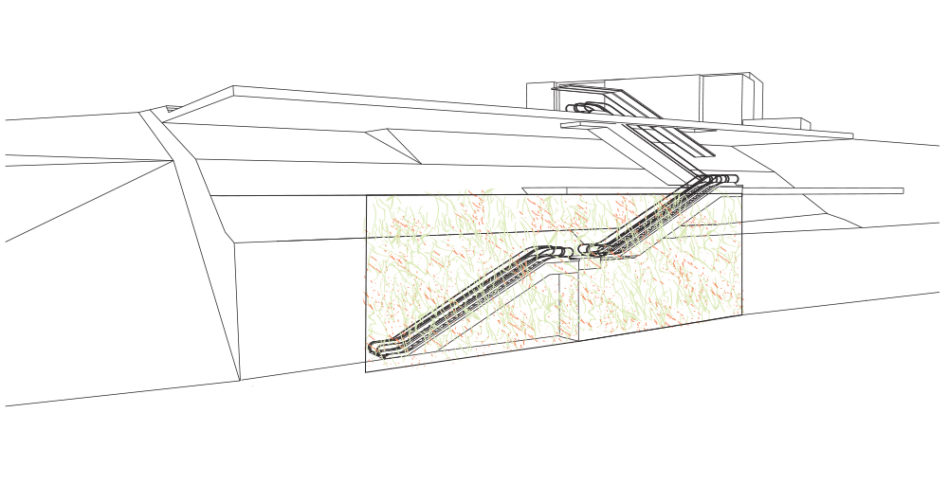 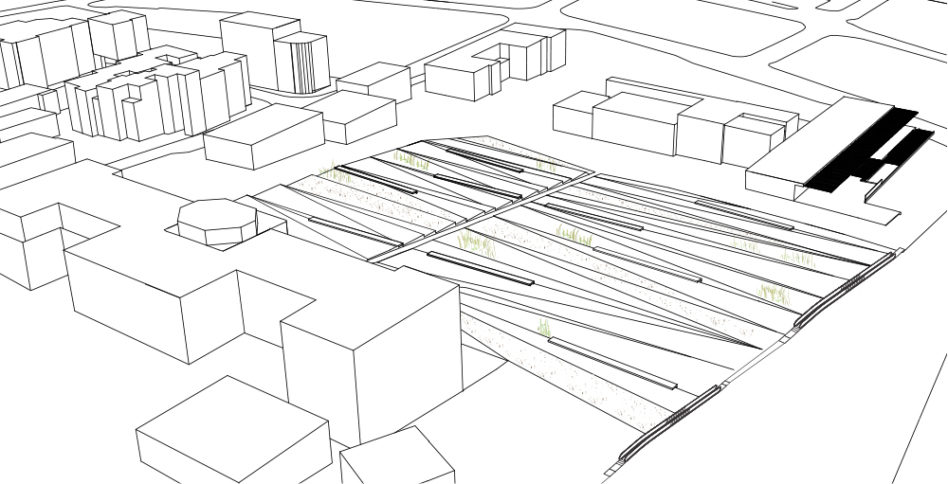