Can an urban park support its own growth at the center of Berlin?

With the opening of the Tempelhof airfield to the public in 2009, our entry for the park’s master plan proposes a spatial reuse strategy capable of fostering a self-sustaining green amenity for Berlin.

The transformation and reintegration of Tempelhof into the city is not a question of securing a void to balance growth, nor is it driven by the need for a traditional parkland, as Berlin is already 40% green. The real challenge for the design of Tempelhof’s future is to devise a park grounded in the reality of 21st century economics, while re-imagining new modes of park living in Berlin.

‘Tempelhof Urban Commons’ proposes a new set of reciprocal relations between recreational green, development and preservation – recombining economic, ecological and programmatic potentials to enable its autarchic, self sufficient re-use and reintegration into the city:

All key access points to Tempelhof interconnect adjacent neighbourhoods and the park erasing the “ghost” of its elliptical past or any privileged notion of built edges, or boundaries through circulation, maximising the site’s civic interface and celebrating the scale of the open green amenity.

4. ‘Preservation’ & Linear Processions
The scale and raw spatial experience of the site is central to our approach to preserving the experience of the former airfield.  A large meadow fronts the Templehof terminal shifting from ephemeral emptiness to hosting big events; The runways afford two linear processions – The northern runway is a slow surface, with painted tarmac patterns for playing courts, biking, roller-blading, skateboarding, caravan camping, short term parking and open-air markets. The southern runway serves as a vehicular-bike-pedestrian east-west parkway. Grasslands & biotypes are protected by securing ‘untouched’ expanses, while site refuse is piled to form a new viewing hill.

Rebecca Sternberg, Naomi Perez-Davidi
Back Next 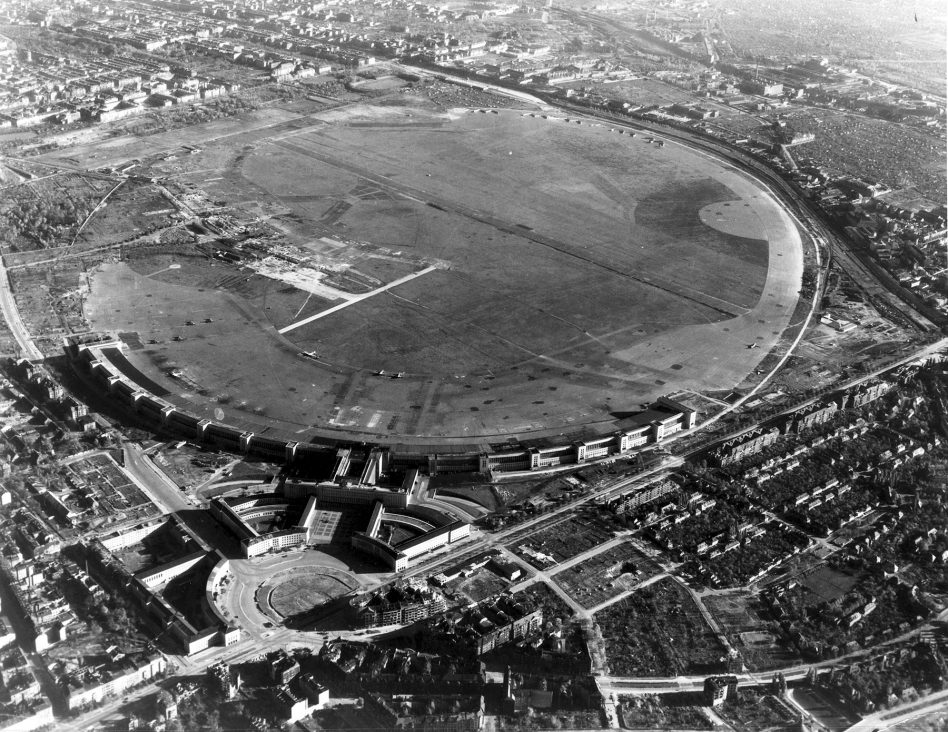 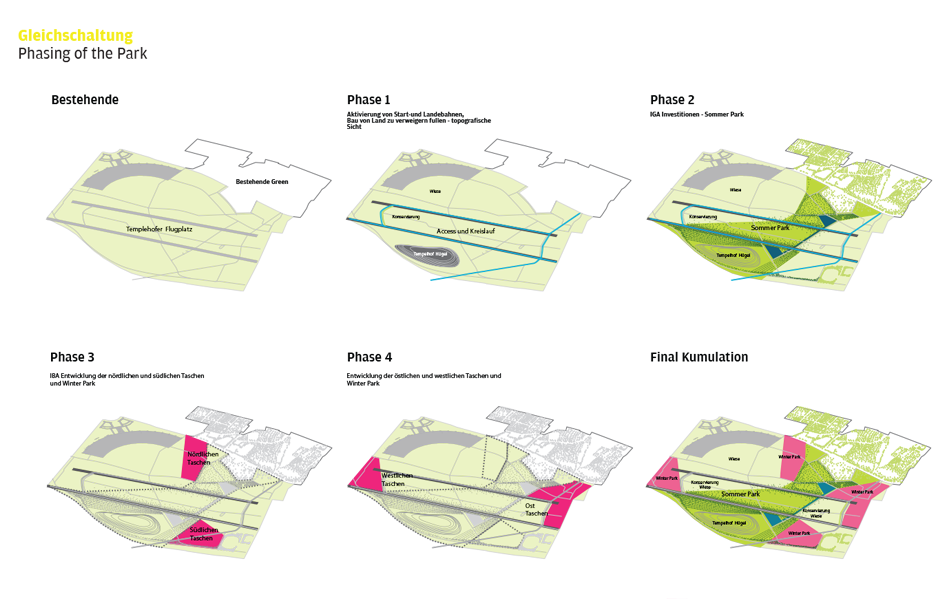 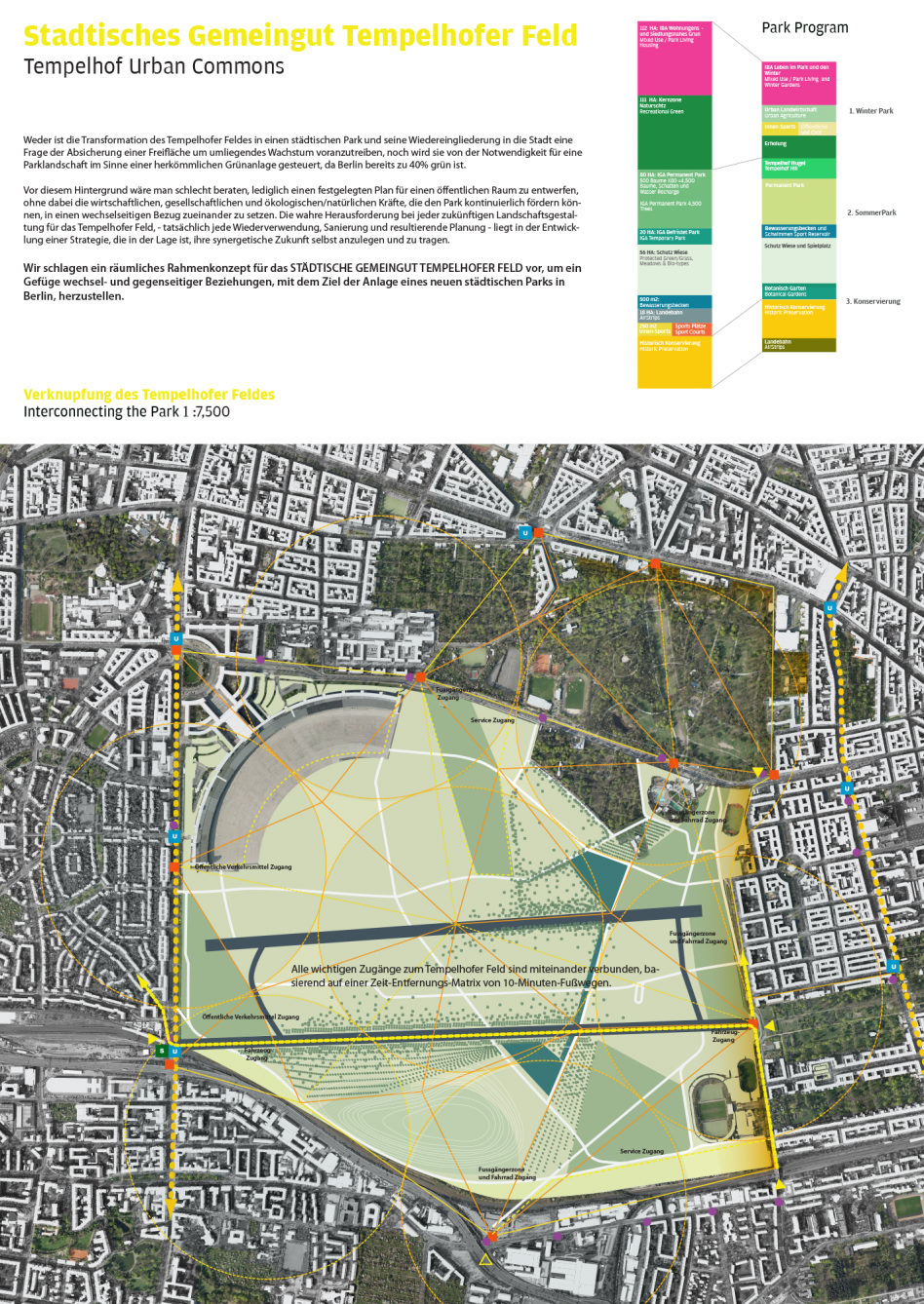 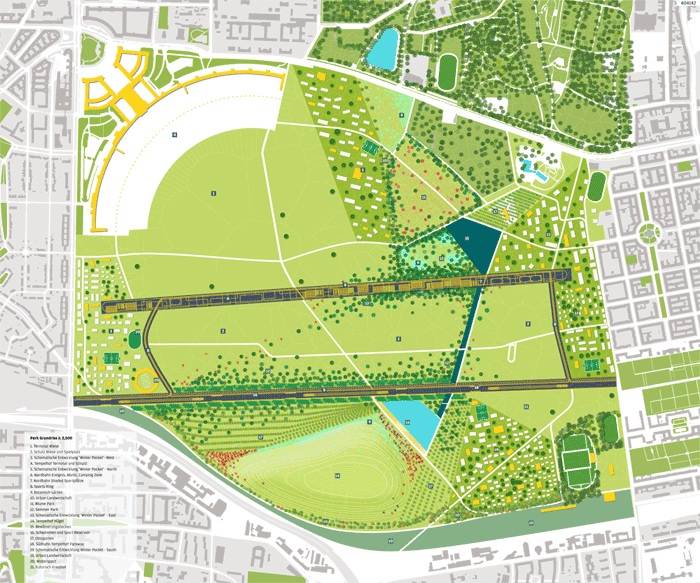 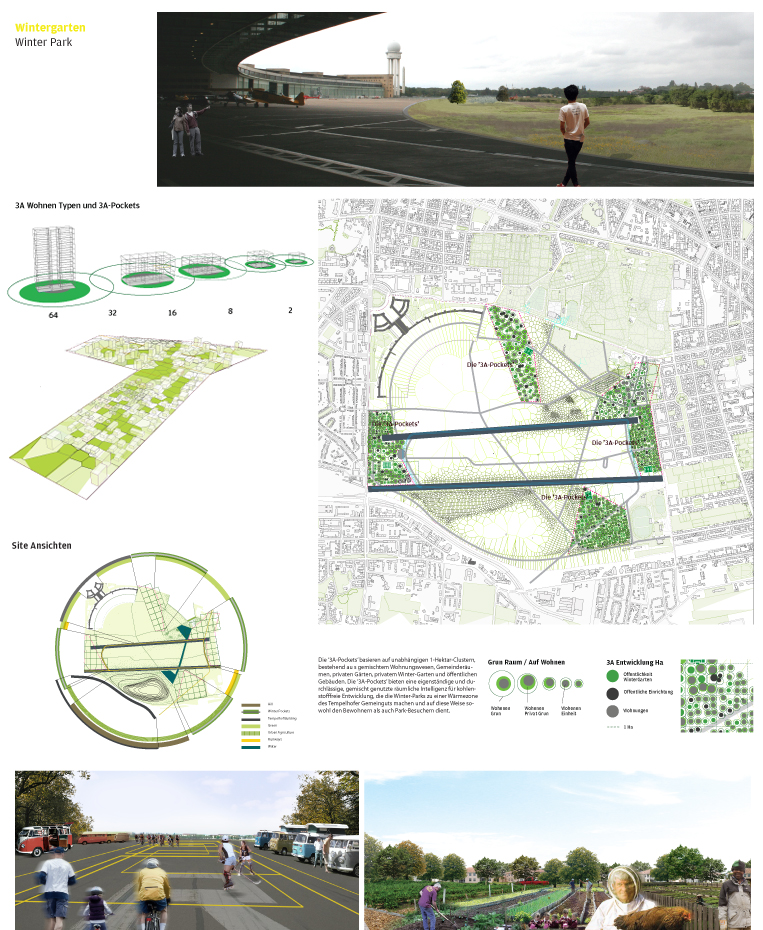 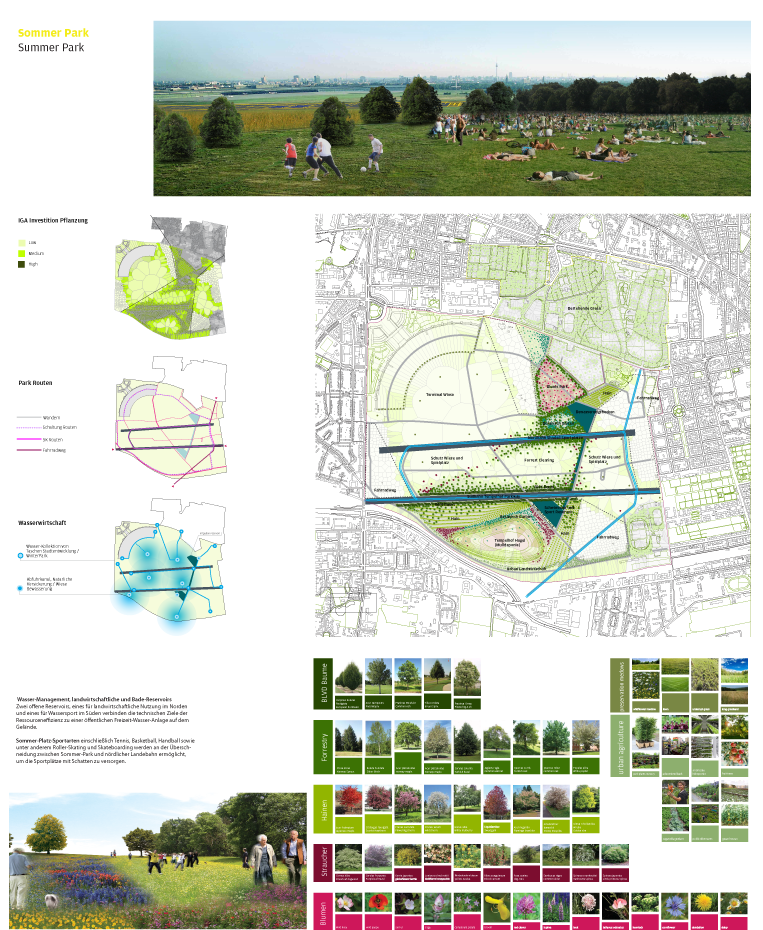 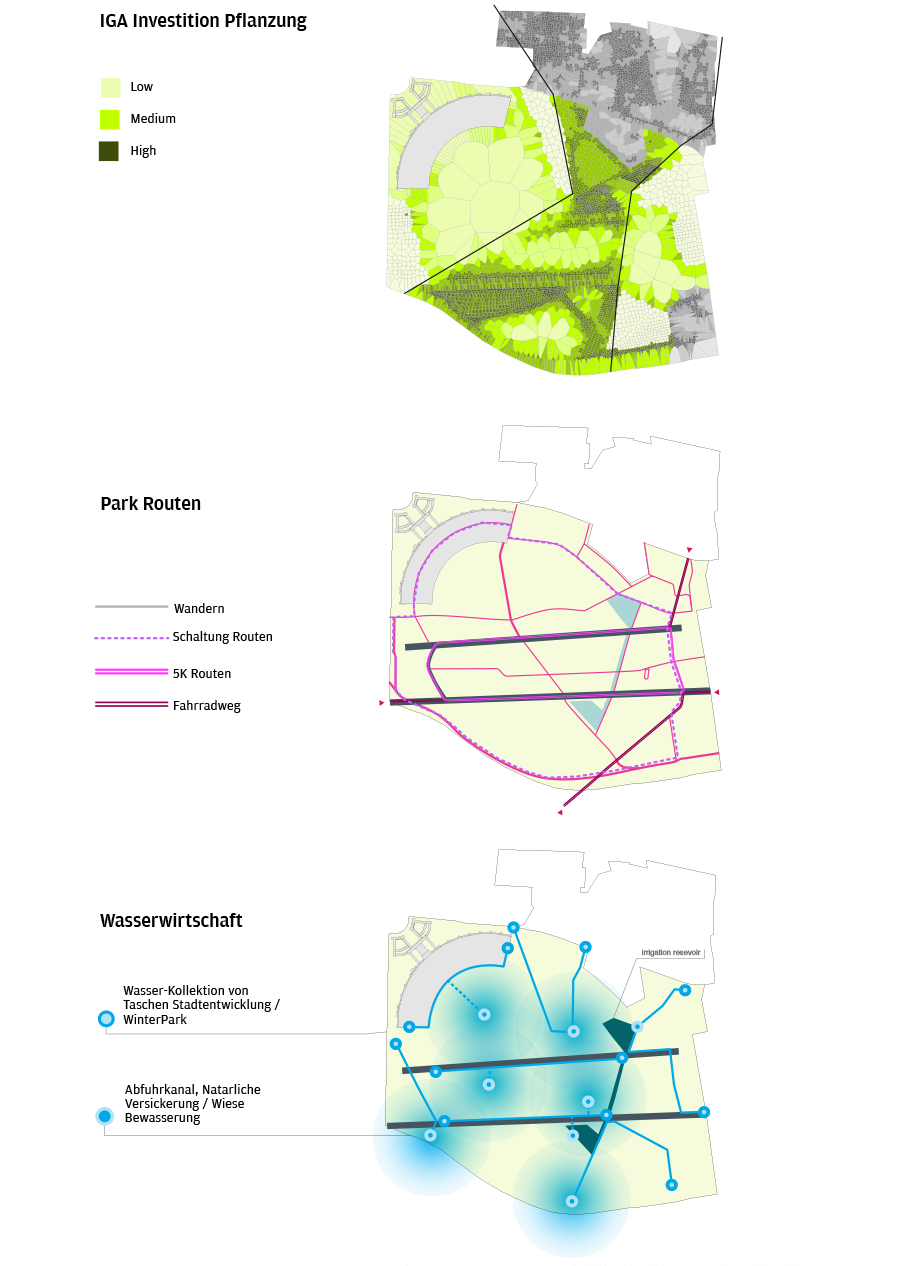 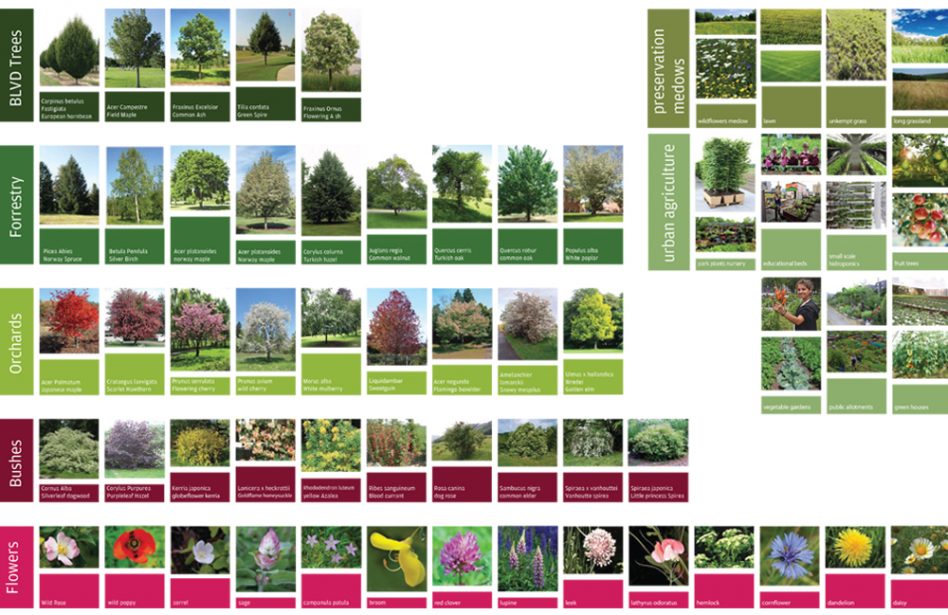 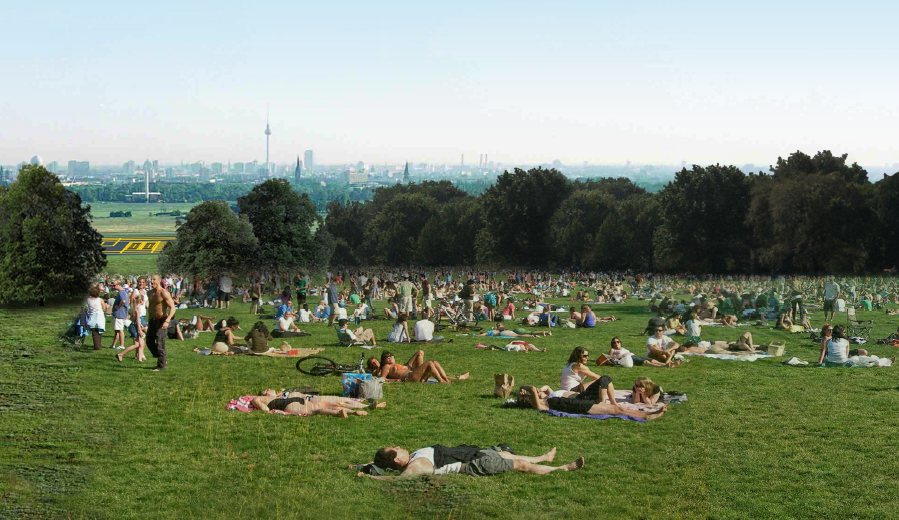 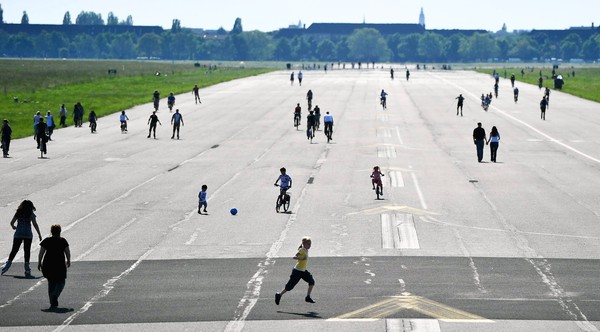