Rabin Square (Kings of Israel Plaza) is a bi-polar public space, cycling from emptiness, a sporadic meeting place, an open void within Tel-Aviv’s urban fabric, to a highly political civic space, charged with the energy of a single purpose.

Responding to the existing polarity, the proposed competition entry for the plaza’s renovation reworks Rabin Square into a space of multiplicity, variance and affect, heightening awareness of its different uses, users and shifting states of occupancy through the differentiation of the ground plane and the activation of its surface.

The eastern edge of plaza extends the existing shade route of Chen Boulevard, with the addition of trees, a bike path and seating areas, serving as a ‘relaxed’ tree canopy and soft edge.

The western side of the plaza, serves as an urban sidewalk, for fast paced pedestrians, alongside vehicular traffic.

From the south to north the ground plane of the existing flat plaza is transformed into two opposite slopes, creating bi-directional site-lines across the plaza. The gentle slopes let visitors experience the filling up of the plaza during events, and enable unobstructed cross views.

A triangular paving system unifies the space, while a variety of infill materials and interactive elements including LED lighting, mist/cooling
systems, audio/sound and water jets continuously transform the plaza, triggered in response to its occupancy.

By creating an active memory trace of gatherings in Rabin Square, the plaza surface affords multiple, ever-changing renditions as a space of contained differences.

In 2010, Rabin Square paving was renewed, in 2016 a closed invited competition was held for the redesign of Rabin square, in anticipation of a planned underground train station and parking on the site.

Rebecca Sternberg, Peony Quan
Back Next 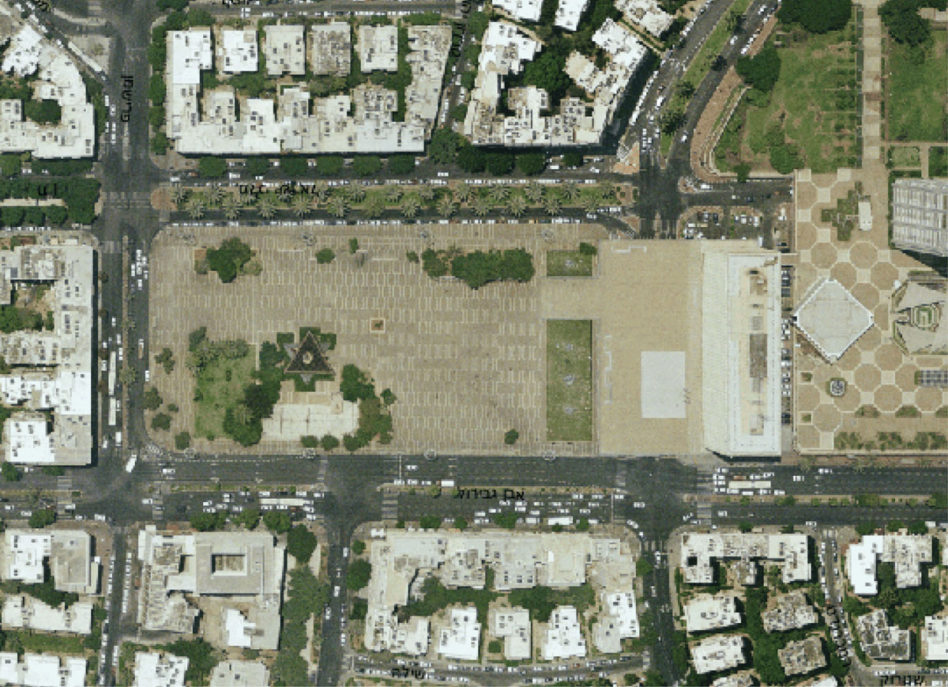 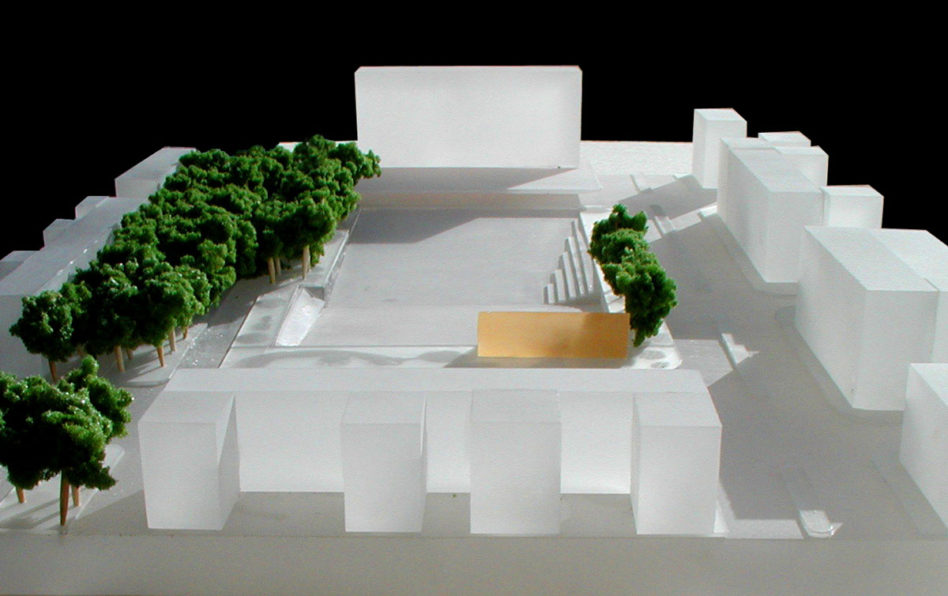 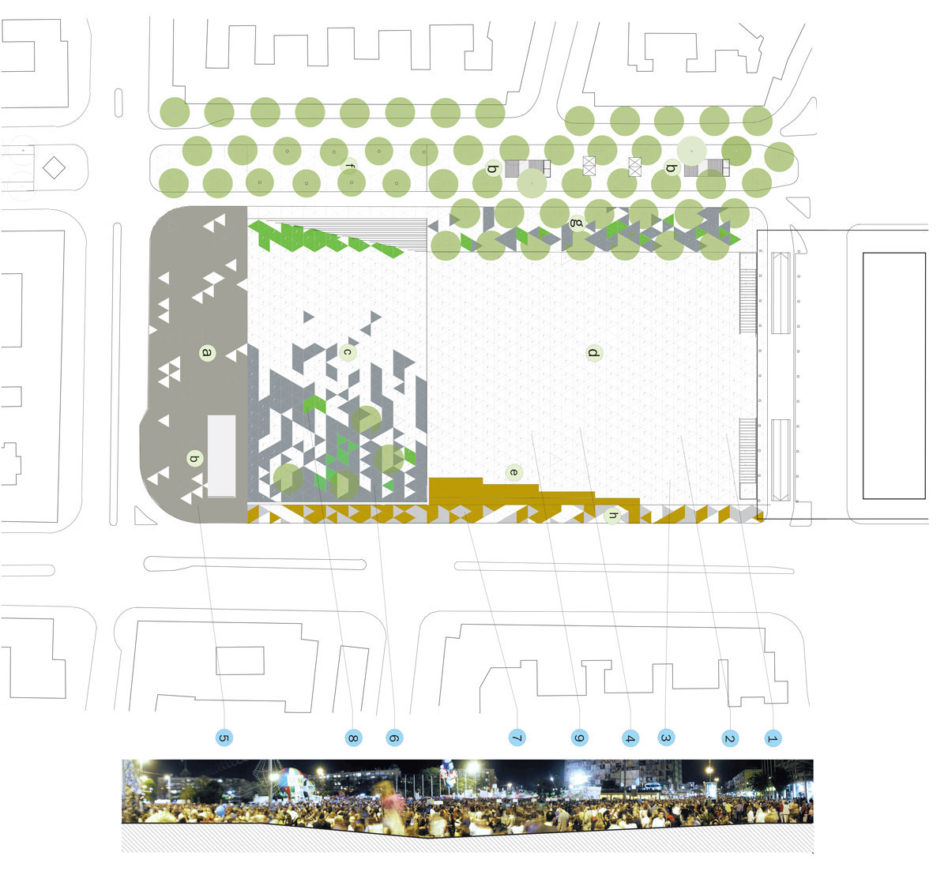 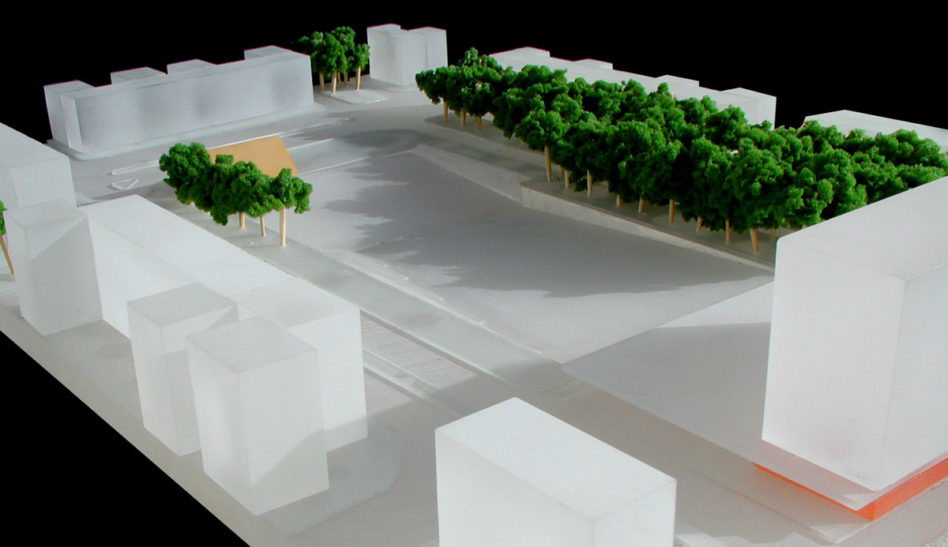 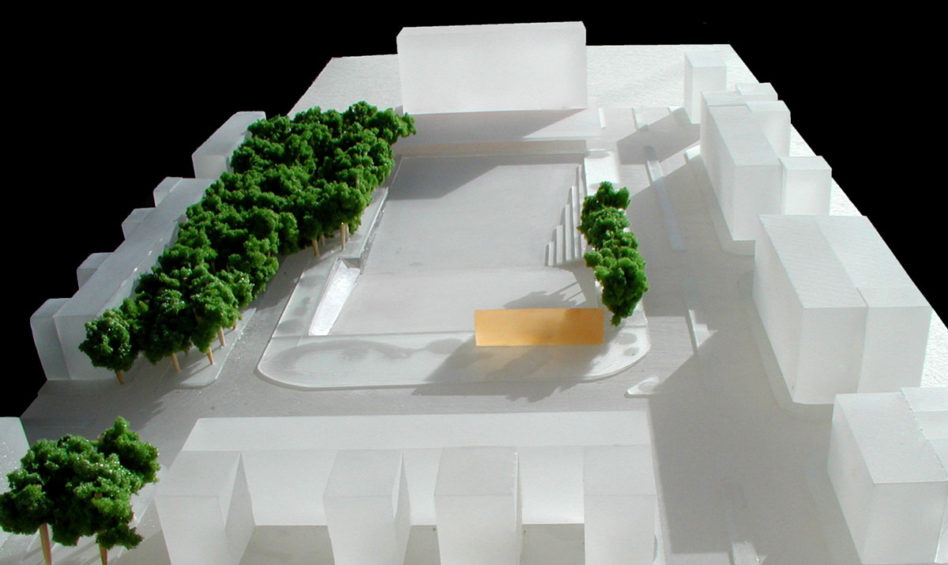 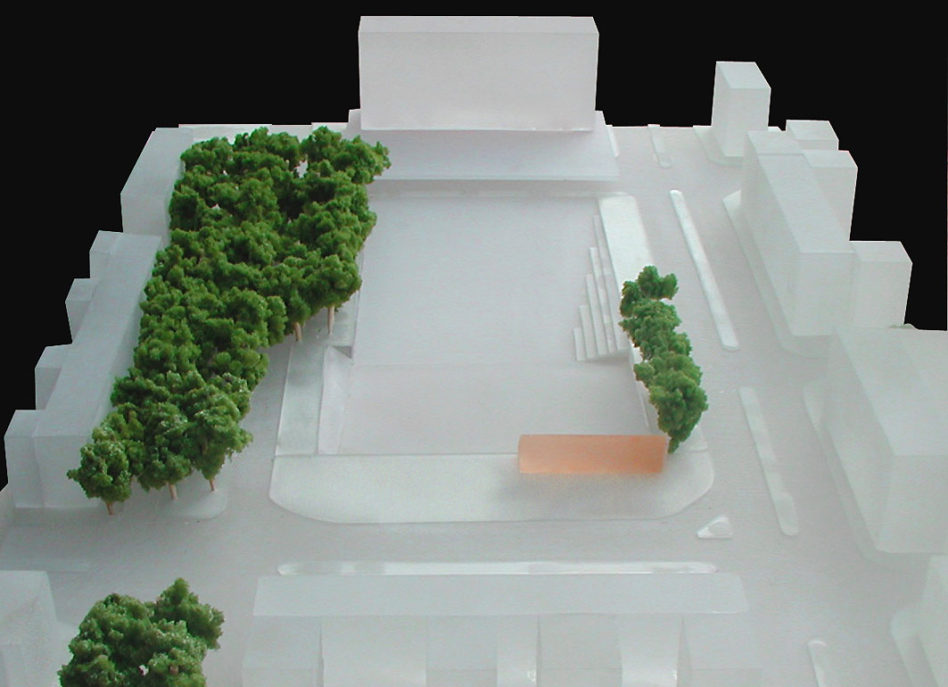 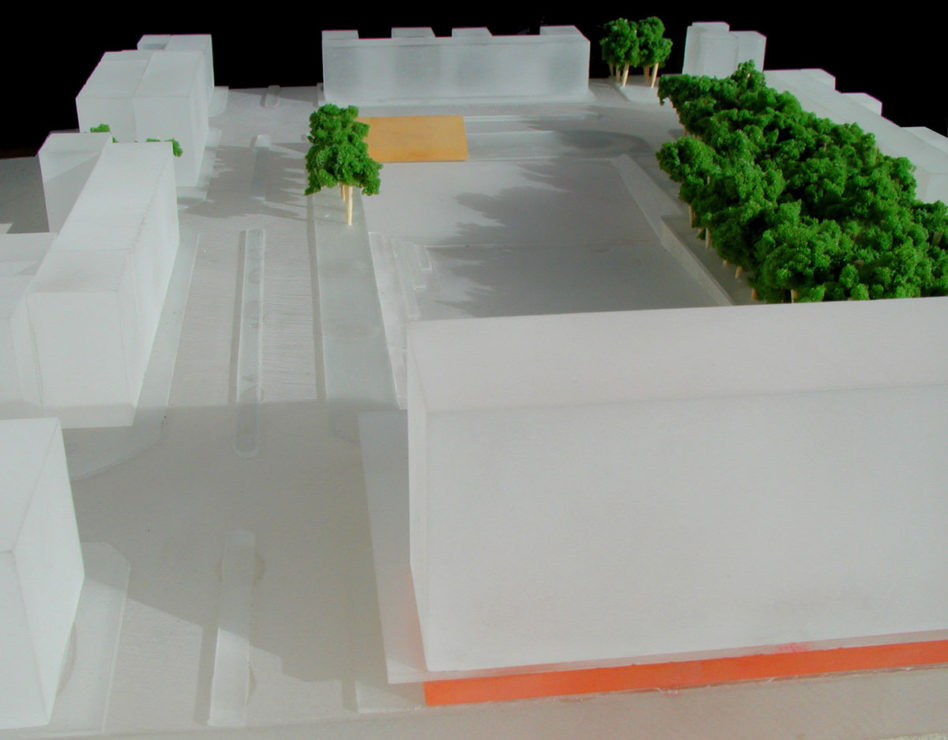 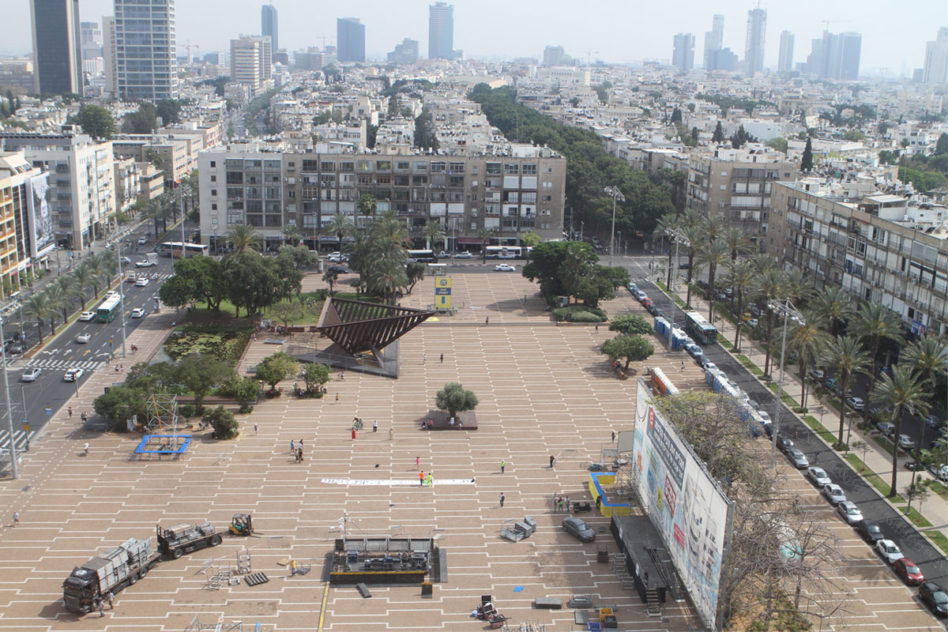 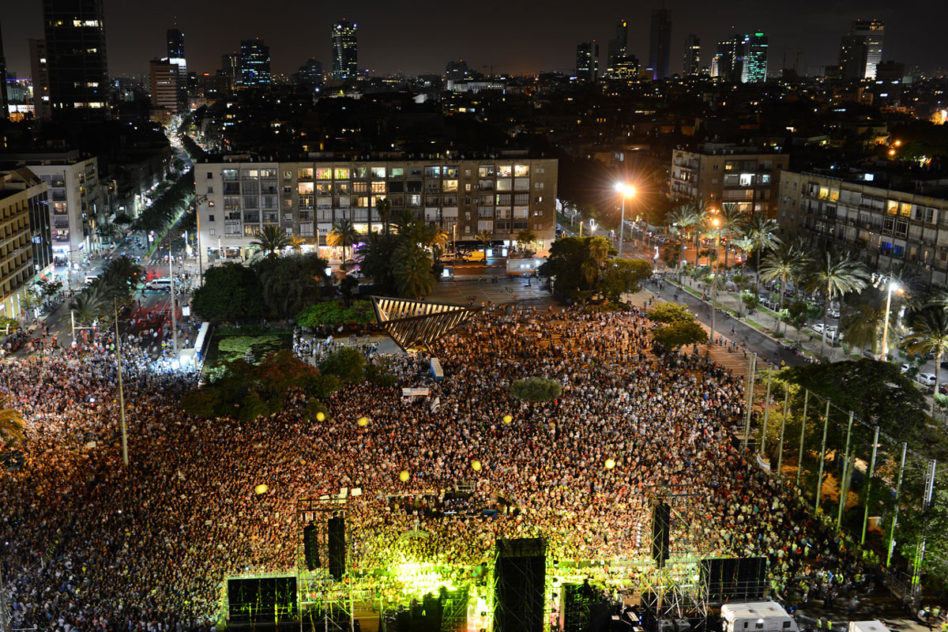