HiriyaMoundScape park is a strategic development plan for a 2,000 acre extra-metropolitan park on the site of a former landfill.

In 2005, The Beracha Foundation held an international competition for the design of the Hiriya landfill, aimed at transforming central Israel’s largest garbage dump, into a public amenity. Our entry recognizes the true legacy of the landfill, its securing of a 2,000 acre site from urbanization at the center of the greater Tel Aviv metropolitan area. We proposed a temporal master plan for the evolution of a new extra-metropolitan park across the entire site boundaries, with the landfill serving as its catalyst.

Key to envisioning the parks future was the ability to attract visitors to the site and promote its use, based on its scale, location and its specific ecologies. The plan employs a spatial matrix of access points connecting the park to its surroundings and future transportation hubs.  A network of 10-minute walks offer multiple itineraries and destinations across the landscape. Seasonal vegetation and undeveloped zones, strung together by programmatic episodes and destinations, enable uneven development, and offer a ‘Third Landscape’ commensurate with the parks large scale and fiscal realities of developing it.

The amalgamation of fields affords a phased and perpetually changing footprint for the park serving as a seasonally shifting “green” icon  visible from the surrounding highways and flight paths to Ben Gurion International Airport. The design of the landfill itself is ‘cut’ out of the larger park context, extending a privileged and elevated venue for experiencing the parks evolution.

Ten years after its conception, the landfill has been partially developed, the park site in its entirety has been demarcated as the “Ariel Sharon Park”.
We were awarded an honorary prize for master planning for this entry. 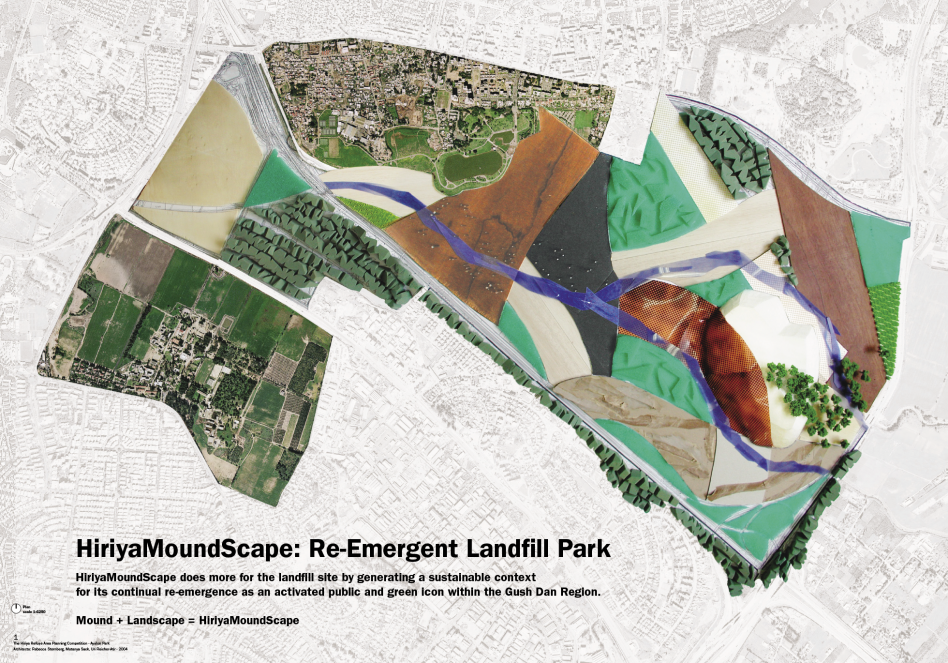 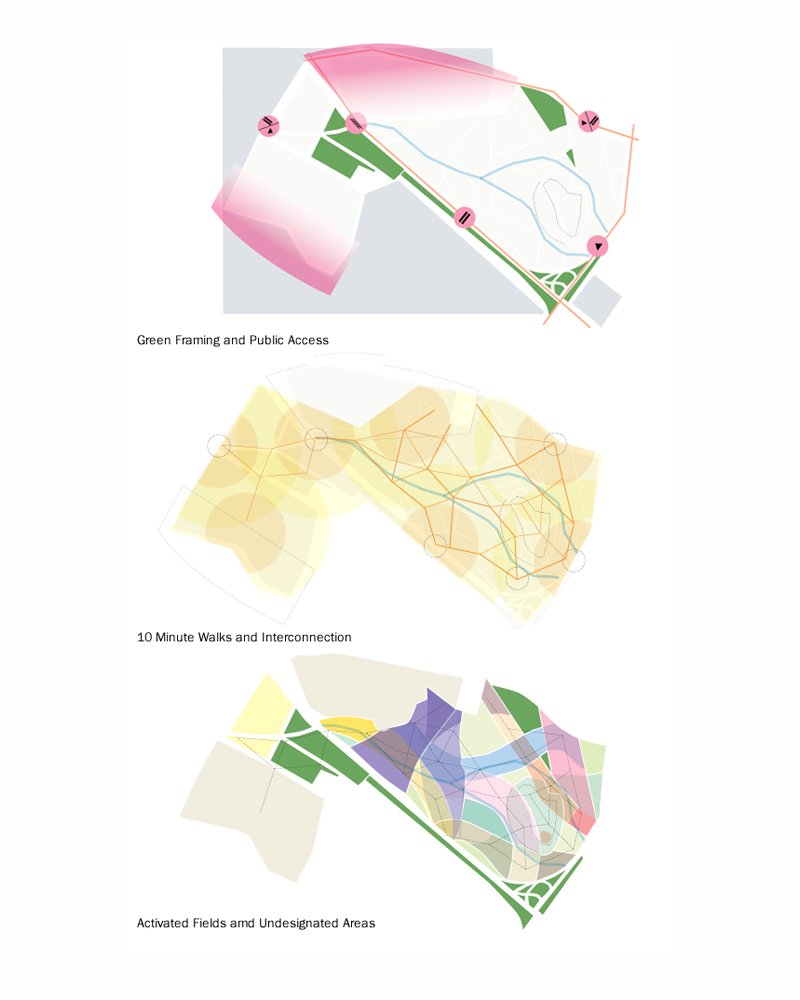 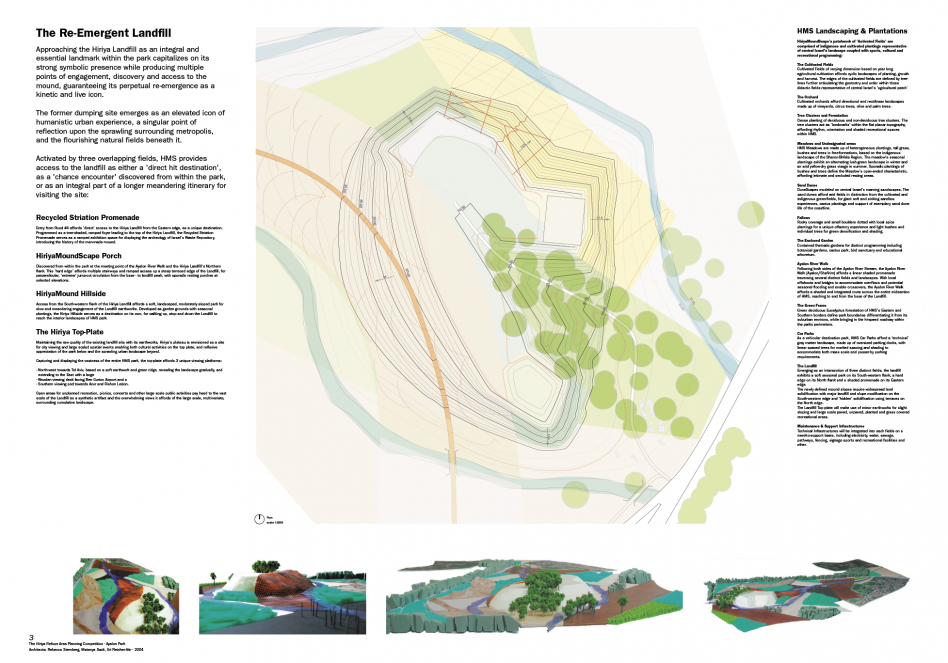 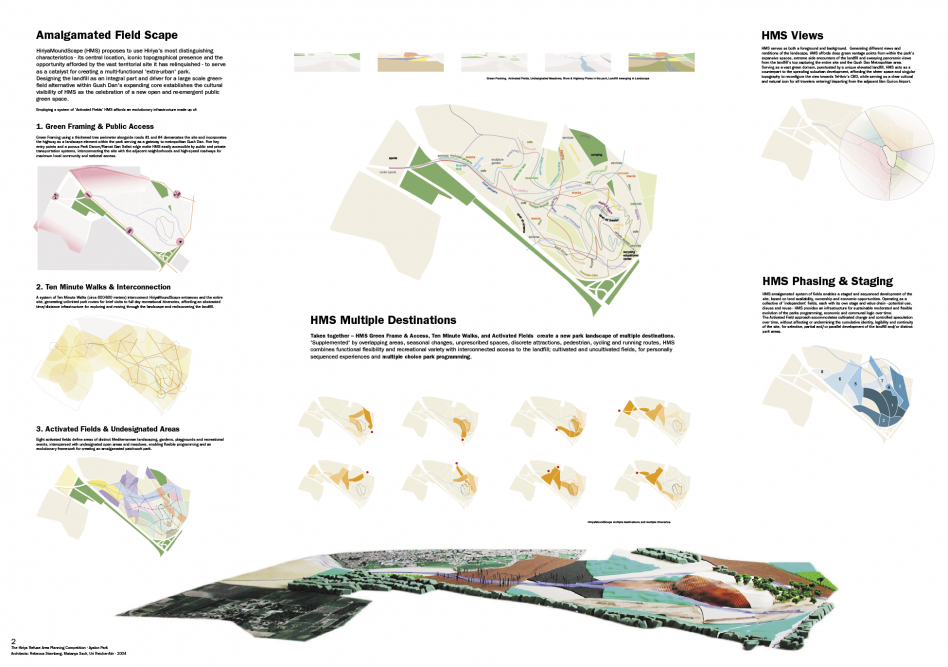 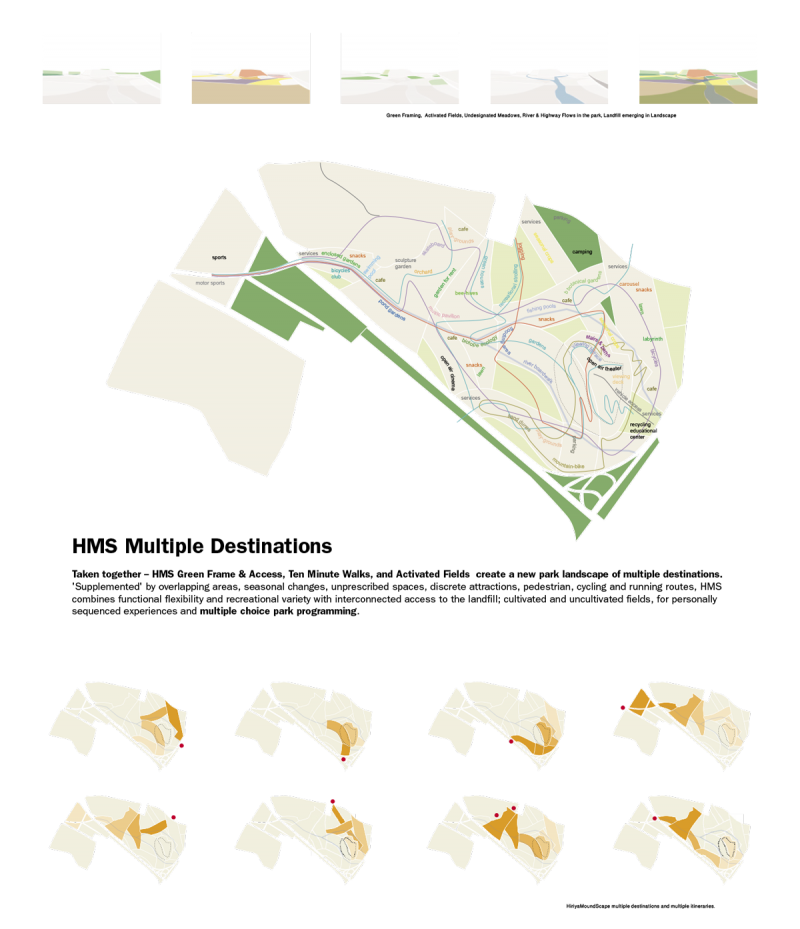 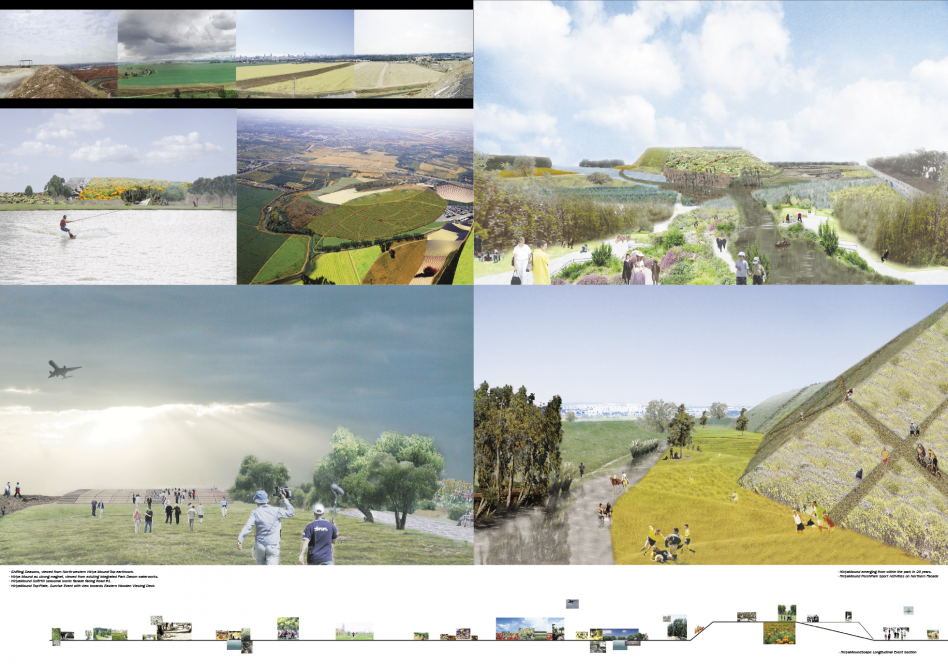 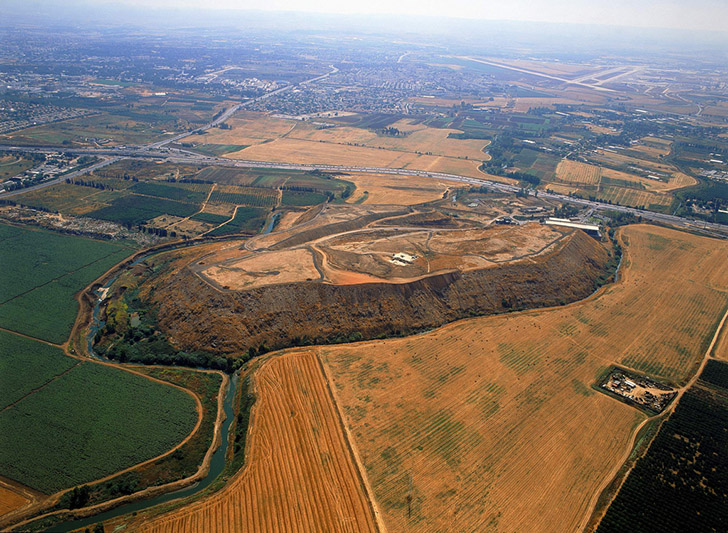